Last week UVa Cavaliers had a football game with GATech, and I really wanted them to win, cuz I hate GeorgiaTech, but they lost. The odd thing was, in the middle of the ACC broadcast, there was a GATech advertisement that would make you laugh your intestines out, because a person was standing there shouting that “we can do everything, we are the ones who create the Iron Man suit, we own the world, we’re Georgia tech!”

Let me tell you another story, which lets  you know GeorgiaTech better. I applied two years ago to a handful of universities, GATech being one of them. I had a 117/120 TOEFL IBT score, and a 460/800 GRE score. GATech was the first school I applied to, on December 1st 2011. I was rejected from GeorgiaTech, with an official letter stating that my English was not satisfactory, and they sent out this result in late May (more than 8 months). I contacted the PoC, and I was told that they had a 500 GRE Verbal requirement, and nobody even looked at other parts of my application because I did not met the requirements.

These things usually happen when its too late and the committee has to announce the results, and they just look for a reason to reject someone so that they have a smaller pool of applicants to chose from. The sad point is, the person who does this is not on the committee, but is just a secretary preparing the applications for precious committee time. After all, 460 is not that far from 500, and most schools are not strict on English requirements, specially with a 117 IBT.

That year I couldn’t get my visa in time, so I applied again the year after that (last year). I took the GRE test again, only to obtain GATech minimum, and this time scored 153/167 which equals 510-520 Verbal. This second year, I was admitted to all the schools I applied to, some of them being Columbia, CMU, Johns Hopkins, UC Davis, UVa, etc. but I was rejected again from GATech, with an official letter stating that I did not meet their English requirements! I tried to contact the person in charge, but my emails would fail. Apparently the person in charge was not with GATech anymore, but was the only point of contact on their admissions webpage! 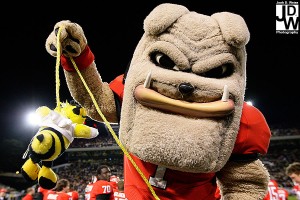 I emailed a bunch of other people, and someone responded to me that the letter must’ve been a mistake, and that I was not qualified enough for GATech. I told the person that its very unlikely, and that I learnt last year that this letter is their way of saying they did not check my application. The PoC told me that whomever told me that last year, must’ve been very stupid and not an official of GATech, so I had to go through my emails and find something from two years before, and forward that email to that person. Apparently, those two people were the same person, and apparently she called herself stupid.

Reading this story, I doubt that any sane person would still apply for, and even if offered a position before applying, dare go to GeorgiaTech, because in a place that such horrible people are in charge of admissions, who is in charge of the actual education? (You might also Google around a bit to read all the negative reviews people from GATech have, as soon as they experience another school).